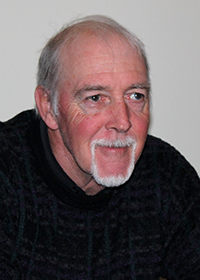 Born in Kinston, NC, he was the son of the late William L. and Mertie L. Smith. He was a longtime resident of Mooresville, NC. He was a U.S. Army veteran, a member of the 82nd Airborne Division,and was discharged on December 14, 1966.

After discharge, he married Maureen Roush and they had 3 children. On April 3rd, 1976, William married Lennis D. Monroe and had 1 son. They built their home and resided in Mooresville until Lennis`s death in 2009. On June 2, 2013, Bill married Patricia Jarvis. They resided in the family home in Mooresville.

He worked as a reset team merchandiser and later as a manager in the Charlotte Metro area.

Bill was an avid slowpitch softball player and coach. One of his teams won the Masters World Series Championships in 1992, which he was very proud of. He was an ordained minister. He found his calling in outreach ministry to the homeless. He loved watching the Yankees, Green Packers, and Duke basketball, and was an avid Earnhardt Sr. fan.

Services will be held at 7:00pm, Friday, February 21 at Benson Funeral Services with Rev. Ben Smith officiating. Inurnment will be private.

To order memorial trees or send flowers to the family in memory of William C. Smith, please visit our flower store.