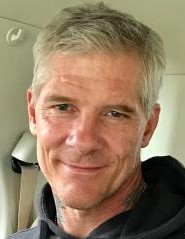 Timothy Floyd Edwards "Tim", 48, of Charlotte, passed away on Saturday, April 13, 2019. Tim was born on May 20, 1970 in Sanford, Florida, the son of Betty Hardee Edwards and the late Elwin Richardson Edwards, Sr. Tim moved to Charlotte at age 3 and was a graduate of Myers Park High School.

Tim loved baseball and broke a lot of records with his pitching ability. His focus on the mound was amazing to watch as he would be brought in with bases loaded and would strike out the next three batters. He was in the Charlotte Observer every week with his record for games with no hitters. When he was 28 he got married and has four amazing children. He had an infectious smile that would light up a room and he loved his family with all of his heart. Tim had an addiction that he battled for many years. In the last four months Tim's life changed and he got clean, but struggled every day. Even though Tim lost his battle with addiction, his struggle did not define who he was.

Tim gave his heart to the Lord at the age of 10 and in March of this year, he knelt and asked the Lord to break the chains of his addiction. We, as his family, wished that prayer would have been answered differently, but as his youngest son said, "The Lord knew Dad couldn't be set free on this earth and the only way would be for him to be in Heaven". There is no more pain or tears for Tim and we are thankful for that. We, as his family and friends, are left here to deal with a heartache that only time and the Lord can heal. We know so many families that deal with this same heartache and, please know, our hearts are with you.

Enjoy eternity and peace and we know that when God calls us home, you will be there with that beautiful smile and your arms opened wide.

To order memorial trees or send flowers to the family in memory of Timothy Floyd Edwards "Tim", please visit our flower store.