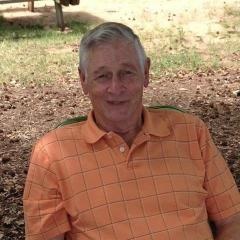 Thomas Franklin Crider, 81, of Belmont, passed away Monday, June 27, 2016 at Caromont Regional Medical Center.Thomas was born in Hart County, GA. on July 4, 1934 to the late Coy and Marzie Vaughn Crider.  He was also preceded in death by his brother, Larry Crider, his sisters, Mandy Surratt, Dot Hammonds, and Georgie Graham.

Thomas retired from Freightliner after 20+ years and was a member of Bethlehem Church.

He loved to go bowling and watching Cowboy movies.  He also loved gardening.  He enjoyed family activities and spending time at the beach.

The family will receive friends 1 hour prior to the service.

To order memorial trees or send flowers to the family in memory of Thomas Franklin Crider, please visit our flower store.