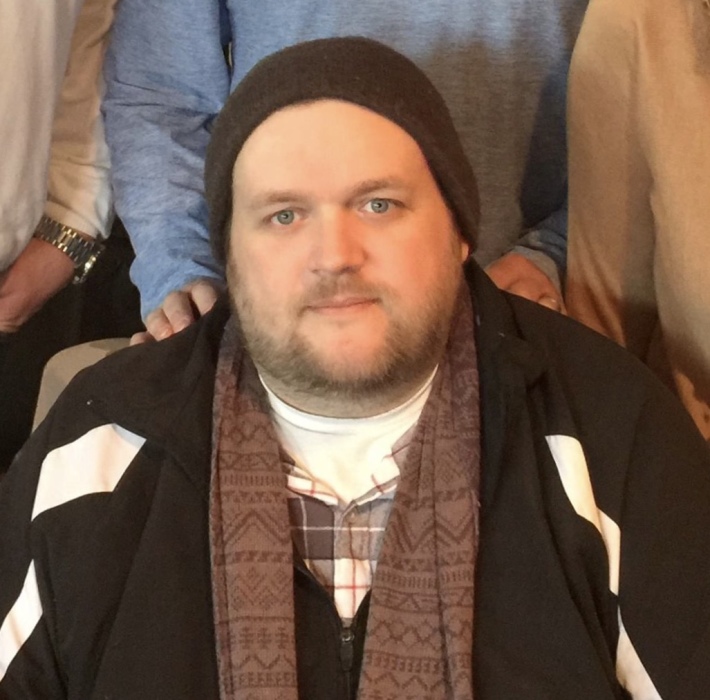 Rock “Rocky P” Perdue passed away the evening of Friday, February 15, 2019, at the age of 42. He was born August 5, 1976, to Ruth Ann (Milam) Gabauer, and grew up alongside his sister and brothers, Lisa (Perdue) Willett and husband Dale, Steve Perdue and his family Brannon Penrod and Kylee Perdue, Timmy Gabauer and wife Melissa, and Shawn Gabauer and wife Dawn.  Besides his mother, Ruth Ann, he was raised with great pride by a man he called his father, Tom Gabauer.  He is also survived by many nieces and nephews.  To say that Rock had an incredibly kind heart would be an understatement. He had the most caring and wonderful soul, and would give his all to anyone. No one was a stranger to Rock. He had an immense love for his family and always put others first. Despite Rock’s disabilities, he graduated with a bachelor’s degree from Winthrop University and then obtained his master’s degree in health administration from Pfieffer University. He went on to have a very successful career in his medical profession. Rock enjoyed fishing, sports, and mixed martial arts, but had a special passion for music, movies, anything Pittsburgh sports. If “yinz” wanted to grab an Iron City “dahntahn” and talk “Picksburgh” sports, you could bet Rock would take you up on that offer. Even though Rock leaves behinds great deal of family that loves him, he is surely in a better place now. You will never be forgotten, Rock.

To order memorial trees or send flowers to the family in memory of Rock "Rocky P" Anderson Perdue, please visit our flower store.