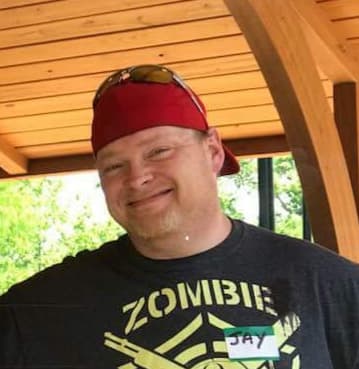 Randall "Jay" Jefferson Erwin, 40, of Springwood, passed away on Thursday, September 20, 2018 at Caromont Health, Gastonia. He was born in Gaston County on October 13, 1977, the son of Judy Parker Erwin Hughes and the late Randy Lloyd Erwin. He was also preceded in death by his Stepfather, Dennis Guinn Hughes.

In addition to his Mother, Jay is survived by:

He is also survived by his extended family at the Haunted Mill.

To order memorial trees or send flowers to the family in memory of Randall "Jay" Jefferson Erwin, please visit our flower store.