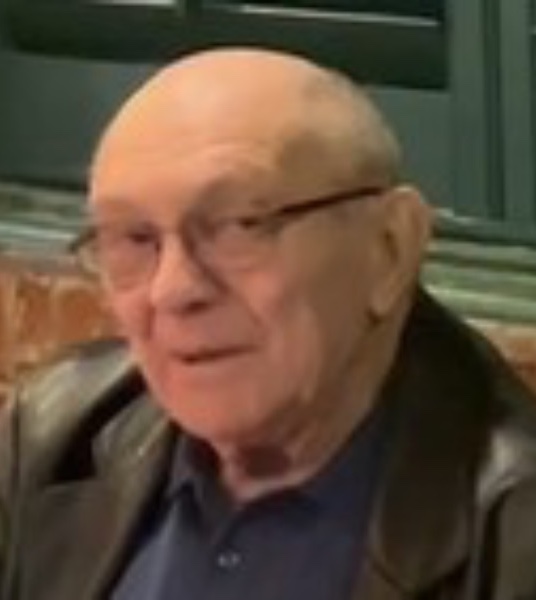 Jim was born and raised around the Pittsburgh, Pennsylvania area and grew up a devoted Steelers fan. He spent many a weekend enjoying various sportsman activities and was particularly fond of hunting and fishing. He could also be found working as a caddy at the Mt. Lebanon Country Club or working to repair lawnmower engines. In high school, he managed the wrestling team and went to college at California University of Pennsylvania where he received his bachelor’s degree in Education and proposed to Hazel. He got married in 1966
and lived in McMurray before moving to Eighty-Four. Early in his career, Jim taught industrial arts at Peters Township High School in McMurray, PA. In 1979, Jim and his family moved to Simpsonville, South Carolina where he started a second career as a training instructor and project engineer for Michelin Tire Corporation.

Jim was a firm believer of our 2nd amendment rights to bear arms and would often be found deep in the woods on a cool, fall morning looking for that ever elusive white-tailed deer, especially one with 8 or more points.

In 1995, after his children had all started college, Jim and Hazel moved to Boiling Springs, South Carolina where he continued to work for Michelin and serve as a State Constable receiving his commission in 1997 and remaining active through 2012. Being able to serve his community and support his local police force was very important to Jim. Jim was the ultimate do-it-yourselfer where he subscribed to the age-old adage, “If you want it done right, do it yourself”. From wiring, engines, welding, wood-working, and any type of construction, you could always count on Jim to get it done right. A trait that he passed along to his children and grandchildren. He enjoyed spending time with his family and was a very proud father. Jim could be found floating in the pool, spending time boating and skiing on Lake Hartwell and even going off to
the North Carolina mountains for a little snow skiing as well. There were many camping trips taken to the South Carolina beaches and an annual trip to Pennsylvania to visit family and friends. Over the years, he perfected his homemade spaghetti sauce that always had secret ingredients which included an extra portion of love.

In 1997, Jim had his first of five back surgeries that ultimately resulted in the nearly complete fusion of his spine. After being told he would never walk again, his stubborn tenacity took over as he fought his way back to using a cane and then ultimately walking again without any assistance.

Jim was a devoted Christian and served as a Deacon at St. George’s Anglican Church, St. Christopher’s Episcopal Church, and All Saints Anglican Church; all in Spartanburg, South Carolina. In 2005, he was called to ministry and was ordained as a Priest. He then served as the curate and founder of St. Andrew’s Anglican Church in Spartanburg, South Carolina. Wanting to spend more time with his children and grandchildren, he stepped down at St. Andrew’s and began to assist as pastor at Eagles Wings Church before moving to Belmont,
North Carolina in 2020.

Jim was always looking to celebrate life and make sure his family and friends knew that he loved them. Up until his last breath, he was protecting and helping others. Jim was a great son, husband, father, brother, teacher and priest. He will be missed and remains forever in our hearts.

There will be two services held to celebrate Jim Heil:
1) A memorial service will be held locally in North Carolina at 11:00 am on Saturday, January 14, 2023 at St. Peter by-the-Lake Episcopal Church, 8433 Fairfield Forest Drive, Denver, NC 28037 with a small reception to follow to accept family and friends.
2) A separate committal service will be held in Pennsylvania at 11:00 am on Saturday, January 28, 2023 at Queen of Heaven Cemetery, 2900 Washington Rd, Canonsburg, PA 15317.
The family requests that in lieu of flowers, donations be made as a tribute to James Robert Heil:
Leukemia & Lymphoma Society® (LLS) at https://www.lls.org/
American Heart Association (AHA) at https://www.heart.org/en/

To order memorial trees or send flowers to the family in memory of James Robert Heil, please visit our flower store.