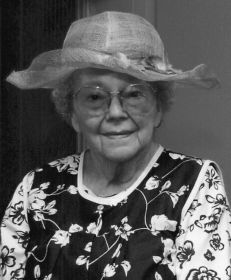 Irene Marguerite Varga Schreck, 91, formerly of Rochester, New York, died Wednesday, October 28, 2015, in Mount Holly, North Carolina. Born January 12, 1924, in Queens, New York, Irene was the daughter of Joseph Varga and Ida Manyoki Varga. She graduated from the University of Vermont and received a Master`s degree from Columbia University. Irene lived in Rochester, New York for over 60 years, where she was active in the League of Women Voters and the American Occupational Therapy Association, holding a number of offices in both organizations. Irene was preceded in death by her husband, Karl Joseph Schreck, Junior, and her brother Robert Joseph Varga of Oklahoma City, Oklahoma. Survivors include her children, Alan Edward Schreck and his wife, Nancy, of Steubenville, Ohio and Gary Joseph Schreck of Mount Holly, North Carolina; seven grandchildren; and six great-grandchildren. A memorial service will be held privately with family. In lieu of flowers, donations may be made to The League of Women Voters, 1730 M Street NW, Suite 1000, Washington, DC 20036-4508.

To order memorial trees or send flowers to the family in memory of Irene Marguerite Varga Schreck, please visit our flower store.