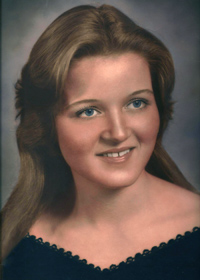 Angela Diane Honeycutt, 55, of Dallas, NC, passed away peacefully May 5, 2013 at the Robin Johnson House in Dallas. Mrs. Honeycutt was born January 15, 1958 in Charleston, SC to Norman Andrew Wright and the late Virginia Pope Wright. She was a self employed dog groomer, member of Wellhouse Church of Clover, SC and a member of White Plains Shrinettes Club. In addition to her father, Angela is survived by her husband, Wayne Honeycutt of Dallas. Daughter, Christin Danielle Honeycutt of Dallas. Son, Michael Brandon Honeycutt of Raleigh, NC. Brothers, Wayne Wright (Pamela) of Stanley, Gary Wright of Dallas and Ronnie Wright of Walhalla, SC. Sister, Norma Clerici (Jack) of Cleveland, TN. and her mother-in-law, Ms. Carol Reynolds of Lowell, NC.

Memorial Services will be held Wednesday May 8 at 8:00 PM at Benson Funeral & Cremation Services with Reverend Fred Morrison officiating. The family will receive friends from 6:00-8:00 PM also at the funeral home. Inurnment will be Private.

To order memorial trees or send flowers to the family in memory of Angela Diane Honeycutt, please visit our flower store.